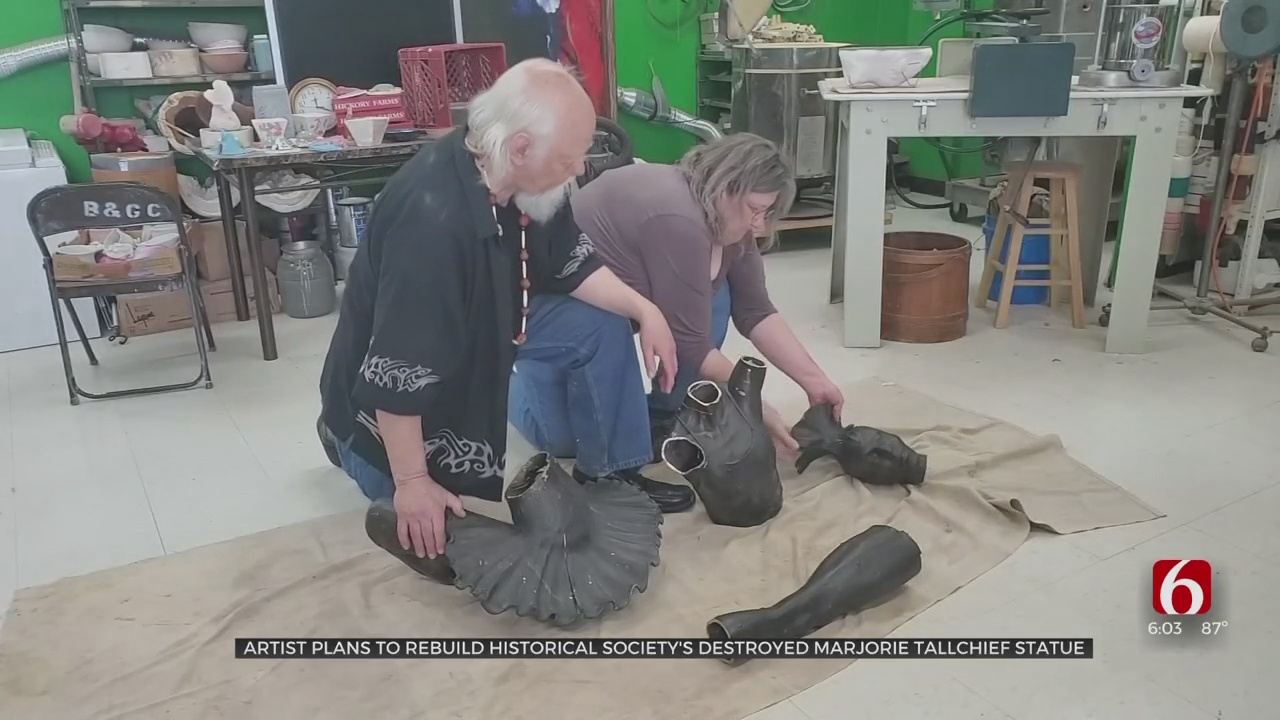 The sculptor who created a statue of Marjorie Tallchief, which was stolen and cut up, plans to fix it with the parts found so far by police. The parts were in two recycling centers, where a batch sold for $260. The police did not identify the seller.

The six pieces recovered so far are not the complete statue. Sculptor Gary Henson takes stock of what remains to be worked on.

“As we don’t know if we will still have the other hand, and the feet, one is mutilated and the other is missing. I can do it again, and now I’m going to do it from pieces, and you can’t tell it was cut when I’m done.

The statue, on the grounds of the Tulsa Historical Society and part of a larger “Five Moons” ballerina exhibit, was bent until it came off the base, then removed and cut into pieces. The other statues were not damaged. As a precaution, it is planned to move them all further from the road, and on higher pedestals.

Henson said the value of the statue is what it represents and the finished piece, not the pieces.

“Together in one piece is worth a lot of money, but just like that, it’s not worth much.”

Some of the repairs will take place at his teaching studio in Chelsea at the Boys & Girls Club. Henson works there on most projects, and he wants the kids in his art class to see the statue reforming. He was shocked that years after he was exposed, he was caught. Henson estimated it would take 18 months to repair the statue.

More than a ton of support for St. John’s Plastic Recycling