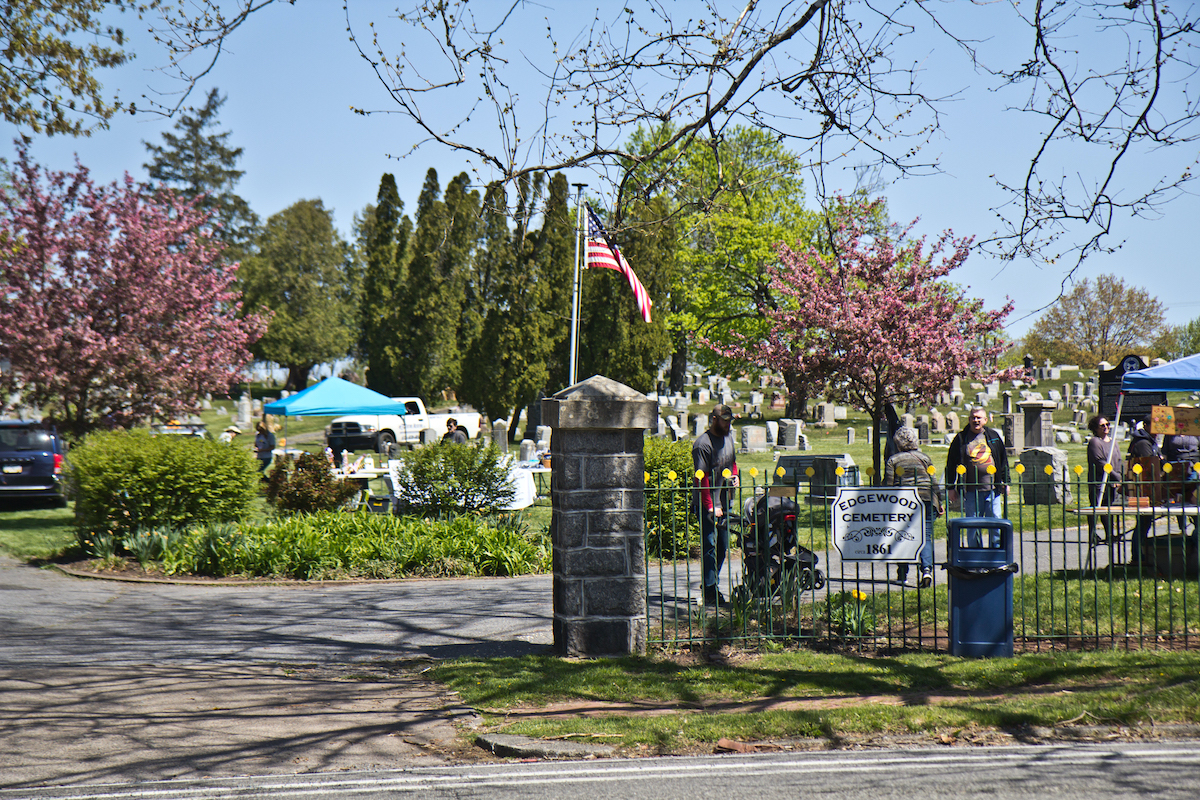 At historic Edgewood Cemetery, artists and volunteers seek to revitalize

Monastra told stories of people buried in the cemetery, as he and other volunteers planted roses, dogwoods and magnolias. After the field were abandoned in 2012 by its caretakerMonastra took it upon himself to start maintaining the grounds and mowing his lawns.

“The people who are buried here were some of the founders and people who made Pottstown what it was. And it was a shame to see they weren’t respected,” Monastra said.

“I mean, it’s bad enough that you’re dying, isn’t it?” So it would be nice if you had at least one place where your final resting place was taken care of.

His efforts have since multiplied. The cemetery now has a board of seven volunteers who, with The Hobart racea local non-profit organization started by the Hill School, helps organize revitalization efforts and raises funds for maintenance of the cemetery.

Tamara Shaner of Douglassville was inspired by Monastra to help clean up the cemetery. She said it’s also a great place for people to learn their local history.

“If you’re interested in what happened in the past, that helps us improve for today and tomorrow,” Shaner said.

Cathy Skitko of Hobart’s Run said they hoped to make the land a community gathering space – in the spirit of ancient graveyard traditions.

“People don’t realize that years and years ago people would come and picnic in the cemetery around the headstones of their descendants,” Skitko said.

With events like the Saturday Art Fair, the Cemetery Council and Hobart’s Run aiming to raise at least $15,000 to $20,000 a year just to keep the grass mowed. They want to raise more to improve the grounds and reinstall fallen tombstones.

Skitko said they also want to continue sprucing up the cemetery, with new benches, a walking maze and more gardens. Just last week, volunteers from Habitat for Humanity MontDelco planted about 50 trees with the group.

The cemetery has not had an official owner since the 1930s, after a private company could not keep up with increasing maintenance costs. Monastra said community members kept asking him for permission to help with cleanup efforts, but he wanted residents to see their own power to make it beautiful.

“We don’t have to go to the government for every problem. We don’t need to go to the borough,” Monastra said. “We just go to people and they will help us.”

José Alicea lives opposite the cemetery, which is in the center of a residential area. “It’s just a community thing. It’s something that needs to be done,” Alicea said. “And of course we still have to remember those who are our past and keep it decent and that beautifies the community as well.”

Your concise art guide to New York for May 2022