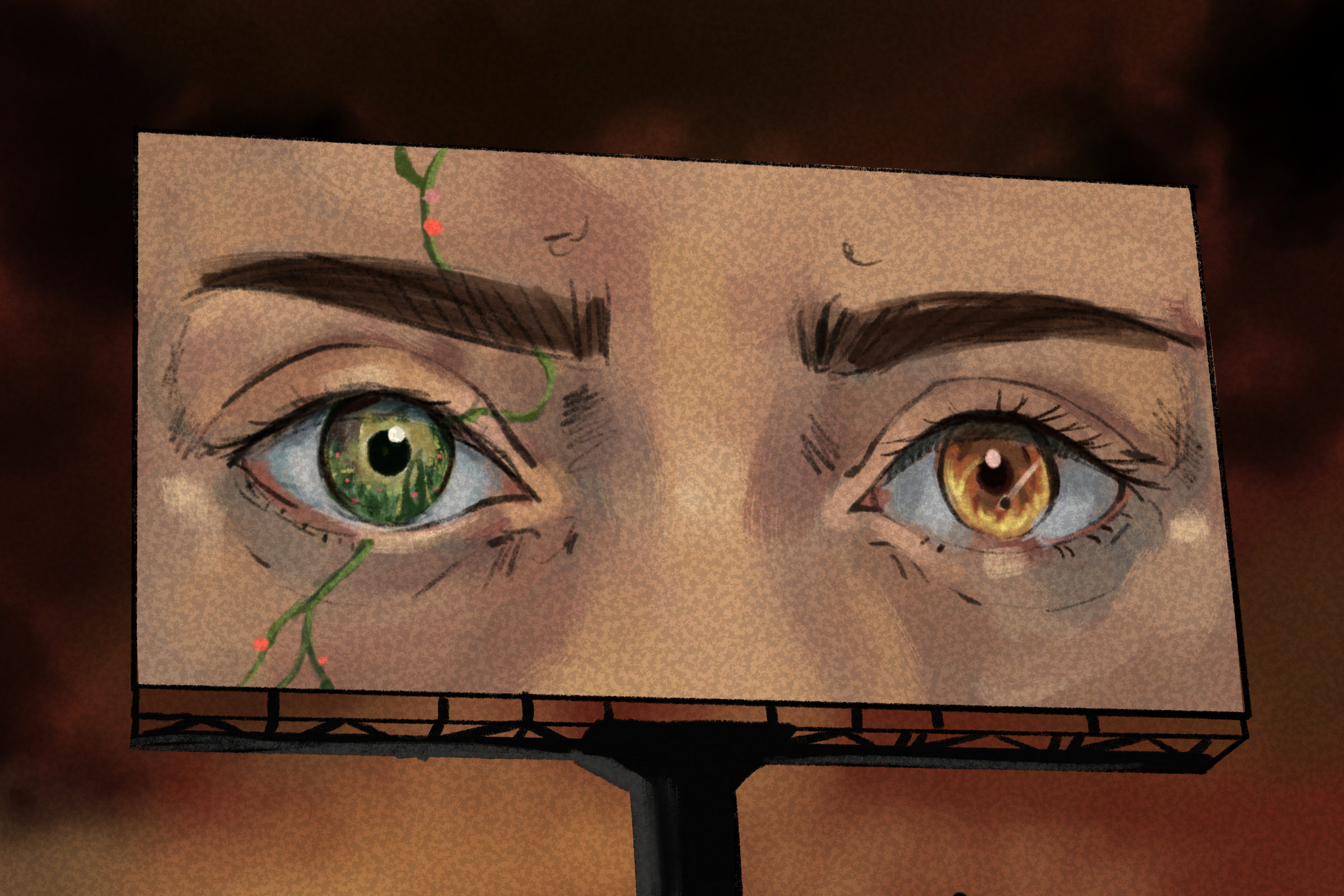 They say that a slow death is worse than a sudden death, that in those last seconds when your life flashes before your eyes, you are at peace. A meteorite, a car accident, a dream becoming the last place you are. They tell you to imagine it as if you were a frog placed in a pot with water getting progressively hotter – the bubbles grow exponentially, until you’re so immersed in the heat that you don’t feel anything anymore. Numb from the stretch of time, blinded by the blurring you’ve been swimming in the water with, you realize it’s too late.

The range of apocalyptic predictions has always ended in failure. I remember calling my parents “one last time” on December 12, 2020, from my overcrowded boarding school in Dublin, Ireland. Between the sobs, a barely intelligible “I read on the internet”, as they tried to calm a baby in the body of a preteen. Judgment Day, Halley’s Comet, The Evangelists, Your Crazy Neighbor, a book you read, a movie you recently watched with Leonardo DiCaprio. Irony in truth. A distant future, peering around the corner.

And if, instead of considering the apocalypse as something sudden, a wink, a last sigh, I told you that the apocalypse was already here. Go ahead, turn the other cheek, it has become habitual. Imagine this: you are no longer a frog, but yourself, in your college dorm. You notice the empty box of Cheez-Its that has been lying around between the blue trash can and the black trash can for days. In the heat of a snowless November, you realize you’ve overlooked the stimuli that told you danger was approaching. The joy of milder winters and warmer springs. Summer: infernal, perpetual, withering.

Why wait for sudden death when you can avoid death altogether, by preventing the world from looking like this, or this, or this? Science fiction, alas! Perhaps the following seems more conceivable: Evidence of Hades’ wrath in a Madera County wildfireCalifornia Remains of what was once a seaside neighborhood in Mexico Beach, Florida. “Highway River” AKA a morning commute to Detroit with the wrong mode of transportation – boats weren’t offered this Friday.

Here’s the punch line: just open your eyes. Maybe you need something to help you do that. I intended to make my view of the apocalypse a simple story about how climate change is depicted through art and how it has become a means of unraveling historical turning points. Unfortunately, climate change is not a turning point, but a series of missed exits, reckless lane changes and speeding with your eyes closed on a contraflow street. Our current apocalypse is therefore not a single event, but a myriad of ridiculous and thoughtless tribulations. Road rage at its best, except those who get mad are the good guys, and those who don’t care are the bad guys.

In our fight with the environment, silence becomes too costly an expense; the price of words is weighed down by an hourglass that is running out. In the age of information, science, truth, technology and innovation, we choose to become inarticulate, primate, taciturn and ignorant. Because no one wants to accept that if this apocalypse wipes out the human race, Earth will continue to create new ecosystems – ones in which there is no place for us. They’ll talk about us like we talk about dinosaurs, and they’ll talk about the 21st century with as much brevity as we say “the ice age”.

During the first lockdown in 2020, when every citizen of Barcelona was confined within the four walls of their home, when life was on hold and the world stopped spinning, COVID-19 meant nothing to the millions of species we share a planet with. Video of three wild boars meandering through city streets, dolphins spotted on coastlines, pristine views of the LA mountain skyline… Earth has been through rehab while we struggle to find new life. new drugs to cure us.

Even then, I found myself returning to the works of Alexis Rockman, a New York-based artist who has depicted pre- and post-human scenarios where common sites such as Central Park or the Brooklyn waterfront take on different meanings with the demise of modern civilization. In Manifest Destinya 24-foot-long omen, Rockman imagines the East River, 200 feet higher, engulfing the Brooklyn Bridge as jellyfish and eels inhabit the places men used to – a decaying scene in which mankind is now a fable for evolving species that remain unfazed.

The scenes that we are going to start seeing or continue to see are not that new. The flood was predicted in the Old Testament centuries ago. Stories of meteors, pandemics and bushfires have been heard before. Ultimately, these are the animals that Noah saved. So, in this fickle game with time, this Russian roulette with life, everything that becomes past weighs on what becomes future. To appease the apocalypse, no apotropaic excuse will suffice for the damage we have caused.

I’d like to imagine a scenario where the frog jumps out of the water when it starts to get hot – where a slow death can result in feeding every minute of its life while ensuring that those who follow can do the same . Go mad, impatient, demand change – with as much rage as you yell at the car next to you, with as little patience as you wait for your Amazon package, as precisely as you order your morning coffee.

You have to take care of it very little, it really is: recycle, refuse single-use plastic containers, support local farmersget involved in basic movements, invest in a bike, support good politicians! A stone, no matter how small, will always cause a ripple effect. And, by the way, the Cheez-Its box goes in the blue bin.

The daily’s editor Cecilia Duran can be contacted at [email protected].

ASPAPEL celebrates the collection of recycled paper in Spain