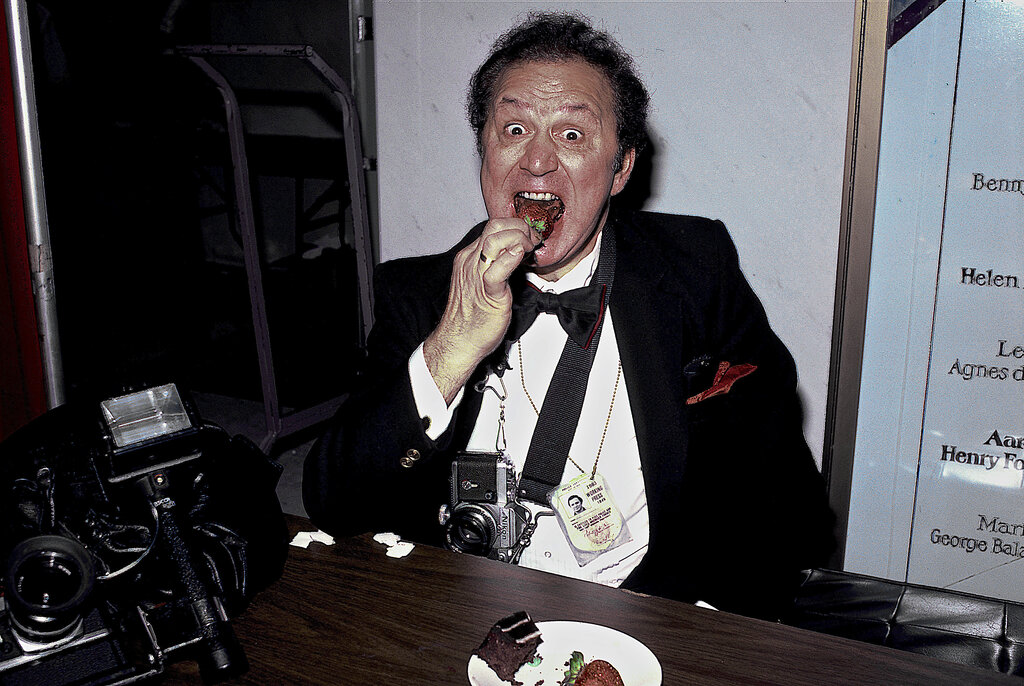 To get Morning Links delivered to your inbox every weekday, sign up for our Breakfast with ARTnews newsletter.

THE DOWNTOWN SCENE. the Met Galaalias the Costume Institute Gala, took place last night in New York, and toasted the opening of the second part of the exhibition “In America: An Anthology of Fashion”. The sartorial theme of the affair was “golden glamour”, and ART news possesses a preview of the looks: Kylie Jenner in White, hillary clinton in Altazurra and Alicia’s Keys in Ralph Lauren. First lady Jill Biden stopped in the morning to preview the show, WWD reports and remarks delivered. “Our style allows us to express things that we can’t put into words,” she said. “We reveal and conceal who we are with symbols and shapes, colors and cuts, and who creates them.” To find out more about the action, go to Page 6who has a cover premium.

THE CONTROVERSIAL, AND SEEMINGLY INEXHAUSTIBLE, celebrity photographer Ron Galella died Saturday of congestive heart failure at the age of 91, the New York Times reports. For years, Galella obsessively documented the lives of stars, including the former First Lady Jacqueline Kennedy Onassis , who got a court order to keep him at bay. His images of Onassis are intimate, raw and sometimes disturbing. (The artist Lutz Bacher appropriated in his work, including one that shows Onassis fleeing the photographer.) Galella has published 22 photography books, and his work is held in many important collections, including the modern Art Museum‘s. In the Timejournalist Paul Vitello quote a film critic Roger Ebert saying of the paparazzo, “I disapproved of him and enjoyed his work.”

The Field of Iowa Philanthropists Harriet and J. Locke Macomber donates a total of $45 million to establish endowments to eight charities, including the Des Moines Art Center, where Harriet was educational and administrator. The size of the individual gifts has not been disclosed. [Des Moines Register]

the International Committee of Museums and Collections of Modern Art criticized the overthrow of the Polish government Jaroslaw Suchan as director of the Lodz Art Museum. The interim director he installed in his place promised a detour of “pro-environmental, gender or queer art”. [The Art Newspaper]

A bronze statue of a Native American ballerina Marjorie Grandchef was robbed on the grounds of Tulsa Historical Society and Museum in Oklahoma. At least part of it was sold to a recycling centre, which notified the police; other parts of the statue are missing. [Associated Press]

A Pittsburgh A man has been arrested for allegedly stealing Jewish art, books, religious items and more from synagogues and other institutions. City police are looking for other victims. [WTAE]

Congratulations on Guardian for the title “Pot Heads: Why everyone is fired up for ceramics”. The tennis giant Serena Williams and actor Seth Rogen are among many celebrities who have taken up pottery in recent times, the story notes. “The physique and sense of accomplishment is so rewarding,” the fashion designer said Henry Holland mentioned. [The Guardian]

PAY AND WEAR. In the New Yorkerartist Carla Zaccagnini talks about his current show at Lover in Brooklyn, which includes work she did with change which is no longer in circulation. Zaccagnini also uncovers incredible stories about the role banknotes played in his family’s history. In the early 1980s, his parents decided to move from Argentina to Brazil, and the artist’s grandmother made a vest with hidden pockets to carry money across the border. Zaccagnini’s mother wore it with about $30,000 stuffed inside. “She’s really warmed up,” Zaccagnini said. “But she couldn’t take it off.”