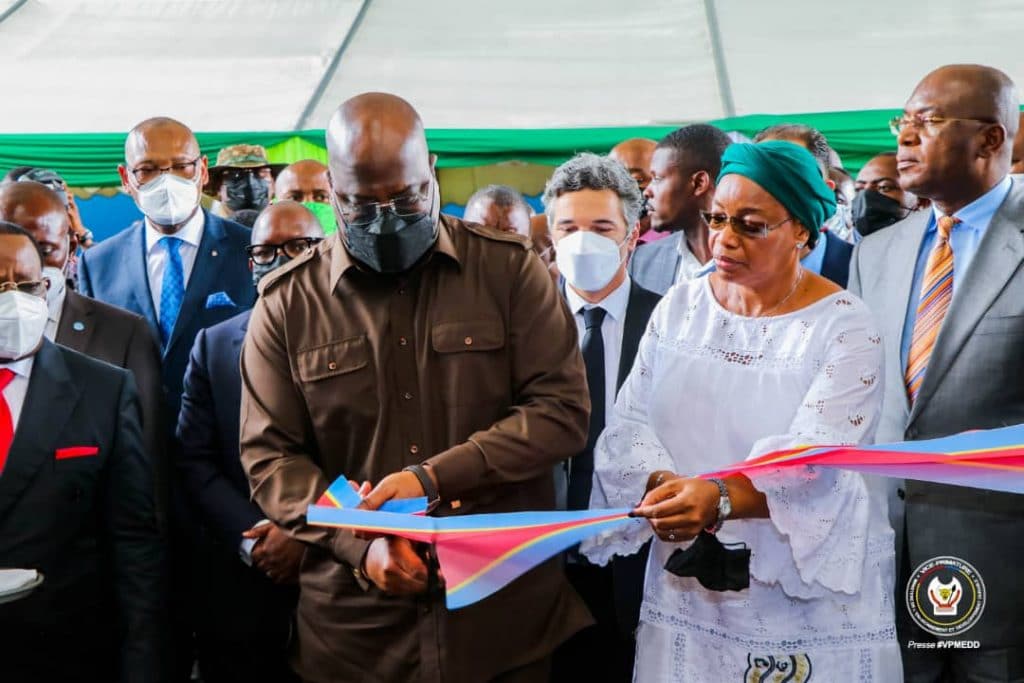 The Democratic Republic of Congo (DRC) is taking a big step in the management of plastic waste. The President of the Democratic Republic of Congo, Félix Tshisekedi has just inaugurated a new factory in the capital Kinshasa, precisely at 12th street in the town of Limete Kingabwa. The installation was commissioned by OK Plast, as part of its “Kintoko” initiative. “This plant is the second of its kind in Africa after the one in Nigeria”, explains Medhi Attieh, general manager of OK Plast.

The Kinshasa recycling unit has a capacity of 50 tons per day and a stock of 5,000 tons of compacted bottles. Used plastic bottles are recycled into bottle caps, crates for local breweries, chairs, coolers, water pipes and bottles of various sizes.

Ok Plast collects plastic bottles through containers installed in several corners of Kinshasa. To date, the city has 21 collection points. “For each kilogram of plastic bottles brought in, the collector receives 100 Congolese francs (less than one euro cent)”, says the company. The entire project required an investment of 15 million euros. In addition to preserving terrestrial and aquatic biodiversity, the Ok Plast project is a source of employment for many young people in the city of Kinshasa.

The recycling company hopes to increase its operational efficiency in Kinshasa, where the daily production of plastic waste is estimated at 7,000 tonnes according to a report by the International Union for Conservation of Nature (IUCN). The next step for OK Plast is to expand its operations to other cities in the DRC. The company can count on the support of the DRC government, with which it signed a partnership agreement on March 9, 2022.

“We will make the effort so that OK Plast has the electricity it needs. We’ll save them the hassle of taxes. We will also ensure that OK Plast benefits from the exemption for inputs”, said Ève Bazaiba, Deputy Prime Minister, DR-Congolese Minister for the Environment and Sustainable Development on March 9and2022. This facility will have a renewable five-year term.

Physics – Serenade of a Troubled Ocean