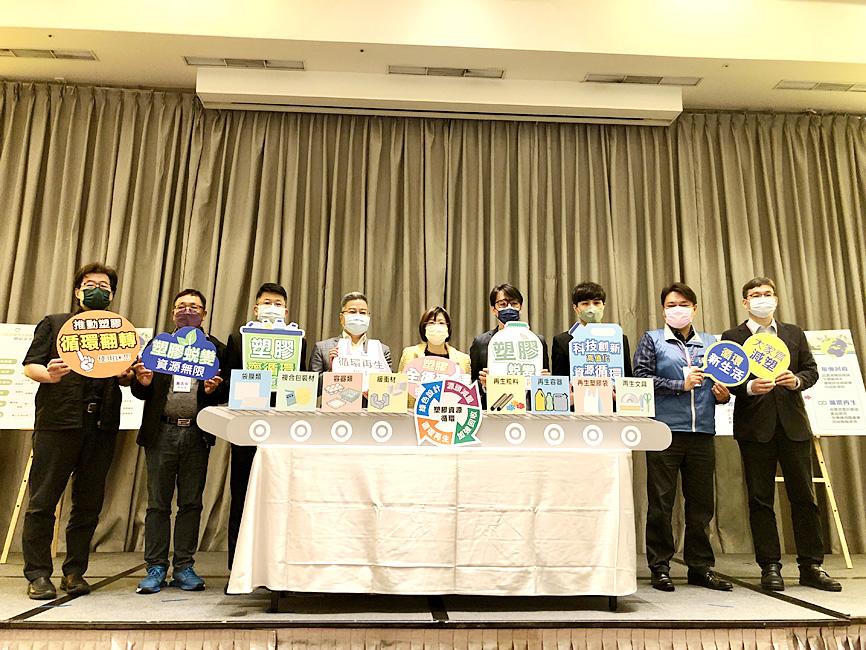 The Environmental Protection Administration (EPA) yesterday invited manufacturers of electronic components to participate in its “Industrial Plastics Recycling Network”, to encourage companies to recycle at least 75% of their plastic waste. , compared to 65% currently.

While past efforts have focused on reducing plastic waste generated by everyday consumption and supermarket packaging, efforts should extend to industry so that they extend from production to distribution, a said Waste Management Department Director Lai Ying-ying (賴瑩瑩).

Hoping to introduce a concept of “circular recycling” at source, the agency asked industries to start sorting plastic waste into singular types to solve the difficulty of recycling composite plastic waste, Lai said.

Taiwan Semiconductor Manufacturing Co (TSMC) said it has released a supplier packaging white paper outlining what types of materials its suppliers can use.

With the help of in-house recyclers to help separate materials and its creation of 20 products made from recycled products, TSMC said it reuses 66% of its plastic waste.

Advanced Semiconductor Engineering Inc (ASE) has announced the establishment of recycling centers to collect plastic waste generated by other plants and factories.

Separately, the EPA is also encouraging industries to increase their reuse rate by adopting innovative technologies, such as a technique used by Chieh An Environmental Engineering that can separate aluminum and plastic from aluminum-plastic composite packaging and reuse both materials.

Comments will be moderated. Keep comments relevant to the article. Remarks containing abusive and obscene language, personal attacks of any kind or promotion will be removed and the user banned. The final decision will be at the discretion of The Taipei Times.