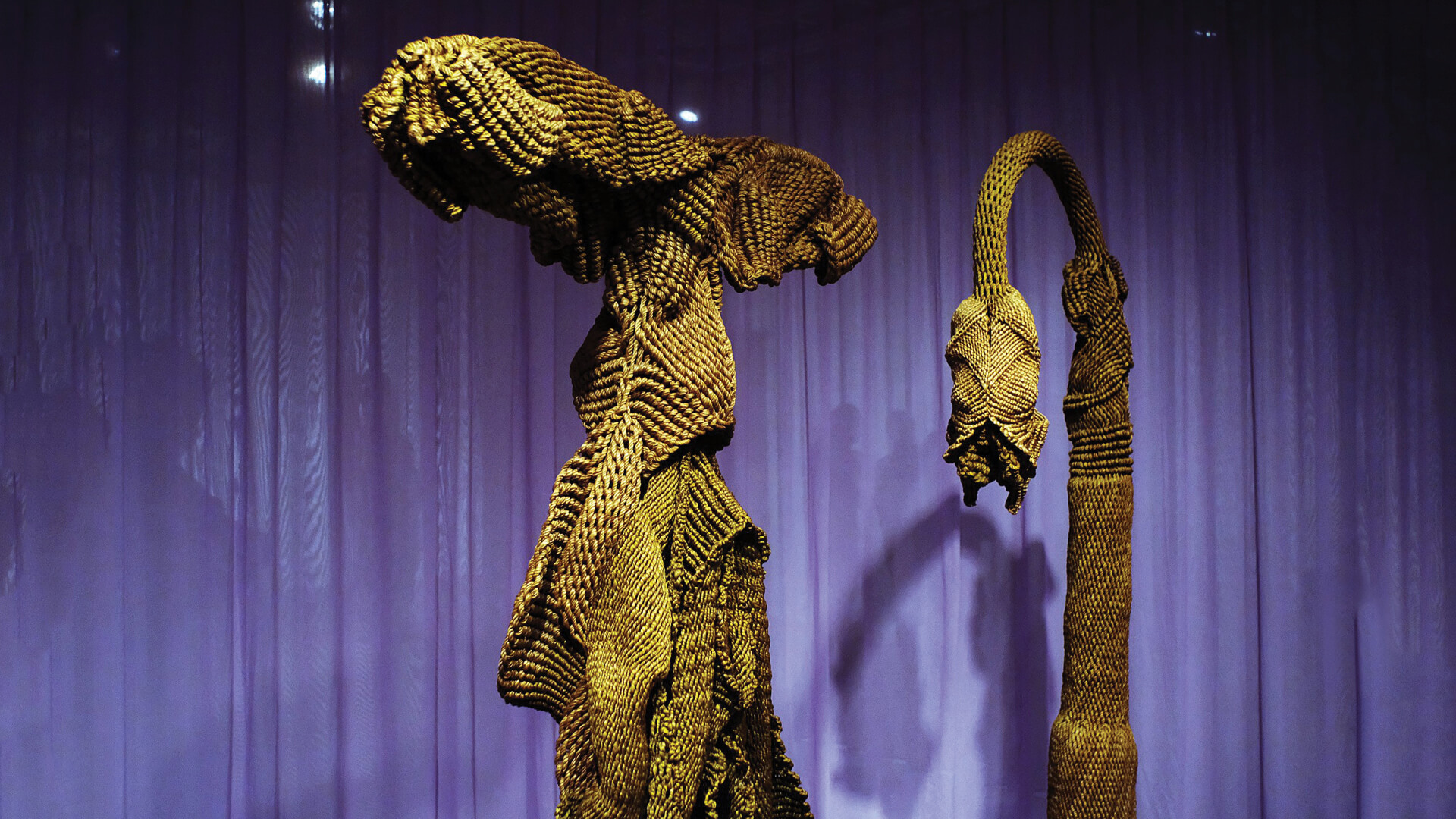 Exploring the monumentality of fabric through modern and contemporary artists

Installation art has a history in modern and contemporary art practice as challenging object-oriented conceptualizations of Western art. In its devouring of matter, whether industrial, organic, compact, virtual, etc., the installation creates a specificity of site in the fields of museums and exhibition formats, as well as the public, drawing on a history land art. The use or evocation of fabric in sculptural installations becomes an interesting point of contact for considering the materiality of media and their manipulative nature that challenges the perspective nature. The fabric has been used in various cultural traditions and geographical locations to imbue issues of historicity, culture, myth, media and more. The following article delves into the use of fiber, fabric, textile and evocation thereof in order to engage with the monumentality of the installation story that the following artists have undertaken. to challenge.

Korean artist and sculptor, Do Ho Suh examines the home designs that have been part of his life over the years and around the world, moving between the metropolitan cities of Seoul, London, Rhode Island and Berlin. Through her fabric sculptures, Ho Suh recreates the structures that have enclosed her homes through time, in an occupation and recreation of domestic space, placing these works against the normative formulation of monumentality. Monumentality as a vision of sculpture and monuments themselves tends to be a mission of research and history building that praises traditionally nationalist leaders and thinkers and embodies the nation-state of the times. ancient to modern and contemporary times. The nation-state is represented by the gargantuan figure of monuments and statues that are placed in public squares, publicly accessible spaces such as gardens, courtyards, and most often for proto-religious purposes. Ho Suh’s fabric sculptures in turn tackle the fabricated figuration of sculpture, against the use of industrial or traditionally sculptural rock-based mediums. Although monumental in size, the artist’s use of synthetic and natural fabrics testifies to the porous nature of a house, as depicted by Lehmann Maupin’s catalog essay, seemingly permanent but also immediately variable. Domesticity enters into conversation with the masculinist nation-state.

In deference to the servant, one can think of the divine and its position in the South Asian home, while discussing with a public nature the monumentality in the design of the artwork. Indian post-independence modernist sculptor Mrinalini Mukherjee incorporated artisanal techniques and textile traditions into the designs of his famous large fiber sculptures. Organic matter as described in the curatorial note of Phenomenal beauty – Mukherjee’s belated retrospective at the MET Museum in New York – bamboo, cotton, jute, hemp fibers, etc. were used in the assembly of his sculptures. It speaks of a monumentality that is brought about, not by the use of industrial or post-colonial techniques, but which rather refers to an entrenchment of traditions of craftsmanship and work. In conversation with mythical and folkloric forms that draw on depictions of divinity in the South Asian tradition, Mukherjee brought new considerations to the dominant modern abstractionist form. Drawing inspiration from tradition, Mukherjee used these figurations as a springboard to resuscitate and create his own forms in keeping with the mythical proportion of the sublime.

Through her investigation and incorporation of traditional and indigenous weaving techniques from the materials’ countries of origin, American textile artist Sheila Hicks creates large-scale art installations that oscillate between the miniscule and the monumental. His works take the form of wall hangings, sculptural fabric installations, carpets, etc., using organic materials. Through her research and use of traditional art techniques, Hicks delves into the ubiquity of fibrous materials and textiles across cultures as described by MoMA, and their extremely specific cultural configurations that are received across techniques and designs that are documented or remain undocumented. . The eventual monumentality of fiber sculptures, as it developed over time, challenged the male-dominated space of sculptural and installation art, which Mukherjee was also known for doing. Here, like Mukherjee, Hicks argues for craft traditions in conversation with scale. Through the fabric, she also investigates cultural relations as in prayer rugevoked by the use of tassels in arch formations, reminiscent of Islamic architecture.

Unlike other artists in this essay, Ghanaian sculptor El Anatsui is known for his bottle-top art installations and sculptures that take aluminum bottle caps from bottle-recycling factories. alcohol, to then weave them into fabric-like installative sculptures through the use of copper threads. . Unbeknownst to the viewer, these fabric-like sculptures take on a tentative floating form that is transformed by the materiality of the medium itself, creating a sense of lightness. Everyday materials such as wood, bottle caps, wires, etc., are integrated into his work. Once again, it is here the assemblage that creates the agency from recycled materials in its sculptural form, defying its original purpose. The monumental nature of his sculptures is also questioned as they are notably said to take on a different shape each time they are installed, as discussed in the Jack Shainman Gallery catalog essay, challenging pre-established notions that one has on the so-called ‘monumental’.

These artists, interacting with various local craft traditions, techniques, dialogues and narratives, use monumentality as a ploy to challenge the very nature of perception, one that is learned as well as naturally accepted. They highlight a variety of cultural techniques that challenge objectivity itself in artistic production, with the art history conception of installation as occurring between the interstices of material flows.

(Disclaimer: The views and opinions expressed here are those of the authors and do not necessarily reflect the official position of STIR or its editors.)