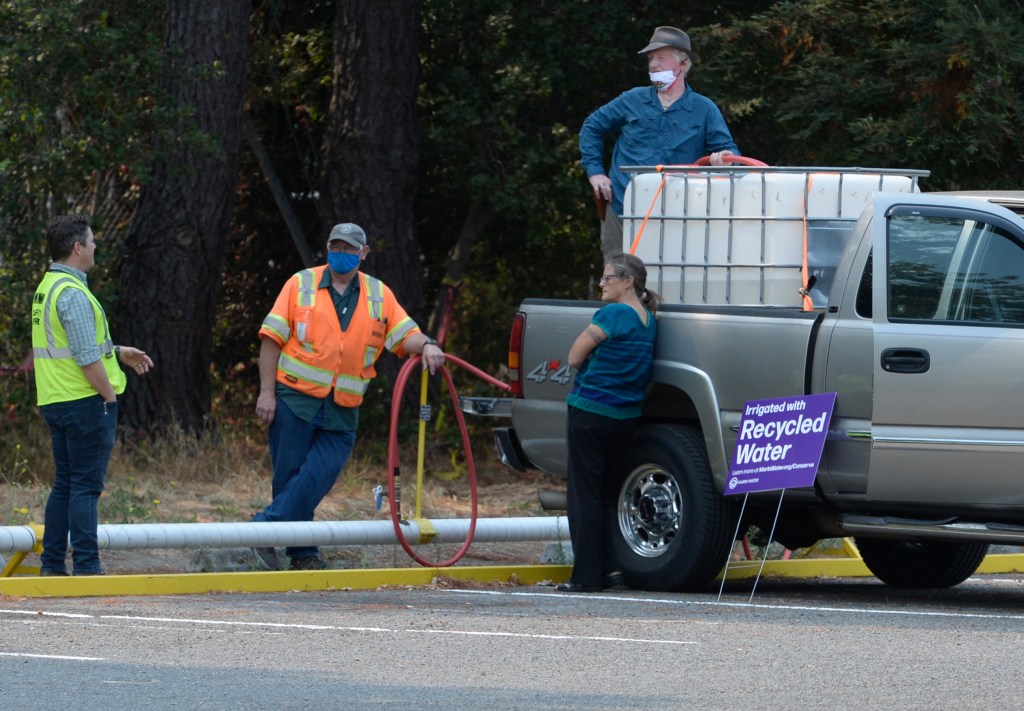 While almost 70% of the planet is covered in water, only 2.5% is fresh water and only 1% is accessible.

Water reuse, also known as water recycling, is the process of intentionally capturing wastewater, stormwater, saltwater, or graywater and cleaning it for the purpose of designated beneficial freshwater such as consumption, industrial processes, surface or groundwater replenishment, and watershed restoration.

There are two types of recycled water to use for drinking:

• Indirect drinking water reuse (IPR) uses an environmental buffer, such as a lake, river or underground aquifer, before the water is treated in a drinking water treatment plant.

• Direct potable reuse (DPR) involves the treatment and distribution of water without an environmental buffer.

In California, only IPR is currently allowed. According to reports, DPR is also expected to be licensed by the end of 2023.

Within IPR, there are two main applications for recycled water. One is for outdoor irrigation, agriculture, industrial and commercial use. The other is recycled water that people can drink.

Wastewater travels through sewers and pipes to community wastewater treatment plants. There it is either cleaned to a level where it is safe to release it to the environment, such as releasing it into the San Francisco Bay Area, or further cleaned for use in non-potable applications.

If it is to be used for drinking, it is sent to a water purification facility for further cleaning. Salt water and rainwater can also be recycled for consumption.

As a member of the Marin Coalition for Water Solutions, I believe water recycling is an important option for providing Marin with a sustainable water supply. Thanks to water recycling, residents of Marin do not have to rely on potentially unreliable outside sources to meet their needs.

So, does anyone actually drink recycled water? The answer is yes, they are, and here are some examples:

• Fairfax, Virginia: In operation since 1978, this is the oldest potable water reuse project in the United States.

Recycled water is added to the Occoquan Reservoir where it mixes with existing surface water. The reservoir supplies water to the Fairfax County Griffith Drinking Water Plant where it is treated to drinking water standards and distributed to approximately 321,000 people.

During drought years, up to 80% of the total reservoir water pumped to the drinking water treatment plant may be recycled water; in normal years, it is less than 20%.

• Wichita Falls, Texas: Due to the severe drought of the 1990s, city officials agreed to build an interim drinking water reuse facility that purified wastewater and sent it directly to the water treatment plant. water from Cypress, which again cleaned the water before it was distributed to customers.

Since then, Wichita Falls has developed a potable reuse system that purifies water and stores it in nearby Lake Arrowhead.

• Monterey: The coastal city in California takes sewage from multiple sources and passes it through a state-of-the-art treatment plant that uses six distinct purification stages before it is ready for drinking by residents. clients.

For every 10 gallons of water that are put into their systems, eight come out. Part of this sum is intended for irrigation and non-potable uses. Currently, 30% of the water that reaches the taps comes from their plant. By 2024, they expect that number to be 50%.

There are capital expenditures in building the infrastructure to recycle and transport water in Marin. But I think it’s an investment in our future security. It must be reviewed by the Marin Municipal Water District Board of Directors.

MMWD staff have made estimates on the costs of additional water supply, including desalination, so these are not new ideas. We need to keep the pressure on the board to implement these solutions.

There are 11 ongoing recycling projects in California. They are managed by water districts which recognize the need to increase their supply, as well as to pursue careful conservation.

If only the MMWD were so strategic.

Steve Isaacs of Greenbrae is one of the founders of the Marin Coalition for Water Solutions.

China to speed up construction of waste recycling system