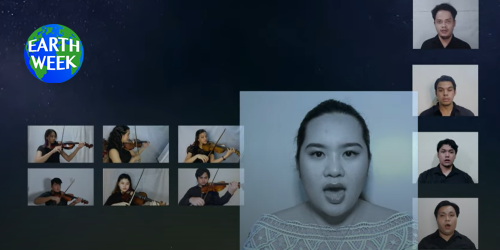 Physics – Serenade of a Troubled Ocean

A musical composition based on traditional Filipino poetry communicates the impact of climate change on coastal communities.

This article is part of a series of articles on environmental topics that Physics publishes to celebrate Earth Day (April 22). See also: Research News: Breaking Barriers to Polymer Recycling.

Growing up in a poor community in Manila, the capital of the Philippines, Dennis Gupa was all too familiar with the increasingly destructive effect of typhoons. At the time, he was unaware that climate change could exacerbate typhoons and other extreme weather events. But when one of the most powerful tropical cyclones on record hit his home country while studying acting abroad, Gupa was forced to reckon with the science behind these destructive events. Today, he forges a dialogue on climate change through applied theatre, a medium that combines various performative elements to bring about social change. His latest work fuses traditional Filipino poetry with choral composition.

Gupa had long been drawn to the idea of ​​using theater as a tool for teaching science in poor urban communities. One of her first projects at the University of the Philippines Los Baños (UPLB) was a collaboration with a nutritionist that resulted in a theatrical production on traditional food. “I thought of his lab as a stage!” It was the start of my mission to bring science and theater together,” Gupa explains.

In 2013, Gupa moved to Canada to pursue graduate studies at the University of British Columbia in Vancouver. In November of that year, Typhoon Haiyan devastated the Philippines. “It was an existential crisis for me,” Gupa says. “What am I doing to study art in Canada when there is so much suffering in the Philippines? He then began to integrate the study of disasters, climate change and indigenous ecological knowledge into his theater projects.

In 2021, Gupa became the Artist-in-Residence of Ocean Networks Canada (ONC), a University of Victoria initiative that collects oceanographic data from Canadian Pacific, Arctic and Atlantic waters. “We are in the midst of an existential crisis for ocean health,” says ONC chief scientist Kim Juniper. “Science alone is not going to solve this problem. We need broader societal engagement. The residency program provides a four-month stipend for artists to create works representing ONC research. Gupa has become the The program’s second resident.”Gupa brought his long-term view of the impact of climate change on people who depend on the ocean,” Juniper said.

During his residency, Gupa produced a series of musical compositions based on the Filipino poetic form tanaga. These four-line poems follow a strict syllabic structure and are centered on an ecological theme. They express love and commitment, but still use metaphors for water and trees to create what Gupa describes as an abbreviated “love letter.” With Filipino poet Karla Comanda and a panel of composers, singers and musicians, Gupa has created a musical performance called Gossip with the whales. Based on four tanaga poems, the play guides the audience through the issues that impact the ocean.

In one of the tanagas, Comanda’s lyrics capture the impact of sea heat waves on corals. Corals are stressed by heat and acidification, which causes them to separate from their algae and eventually starve to death: “Today I heard the corals crawling // Calling for food // So the sea ​​witches warmed them // With funerary stuffed animals made of sunlight.” The final tanaga is a call to action, evoking images of coastal communities in distress: “Soon we will be walking on water // on bamboo stilts // held together by crocodiles // eating from our mouths. “

Composer Darren Vega set the poems to music and Gupa arranged for soloists Thai Hoa Le, Jeremiah Carag and Jackielyn Sentinerial to perform with the UPLB Choral Ensemble and the Harmonya String Ensemble, both under the direction of by Roijin Suárez. Due to COVID-19 restrictions, each individual vocal and instrumental performance was recorded separately on cell phones, then all recordings were combined into a seamless group performance through post-production. In September and November of last year, ONC and the University of Victoria featured Gupa’s work in a online public lecturebroadcast against the background of underwater images taken during ONC expeditions at sea.

Now an assistant professor at the University of Winnipeg in Canada, where theater students are required to study climate change as part of the liberal arts curriculum, Gupa continues to use theater as a tool to promote climate dialogue and ocean science. Next year, he plans to organize a conference to inspire policy makers, artists and community members to focus on how to rebuild communities devastated by extreme weather events.

ONC director of user engagement Dwight Owens said the artist-in-residence program has led to other artistic and scientific collaborations, including an ocean plastic pollution awareness festival in Mombasa. , in Kenya, and an exhibition in a virtual art gallery coinciding with the November 2021 COP26 summit. Ultimately, the ONC aims to establish more transdisciplinary research with the goal of “engaging people from all disciplines to better communicate the importance and threats to the oceans,” Owens said.

Rachel Berkowitz is the corresponding editor for Physics based in Vancouver, Canada. 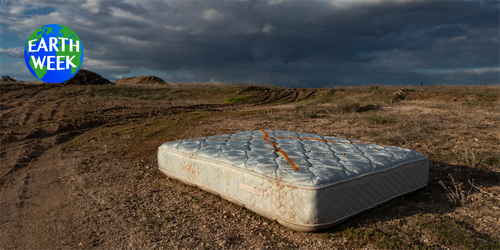