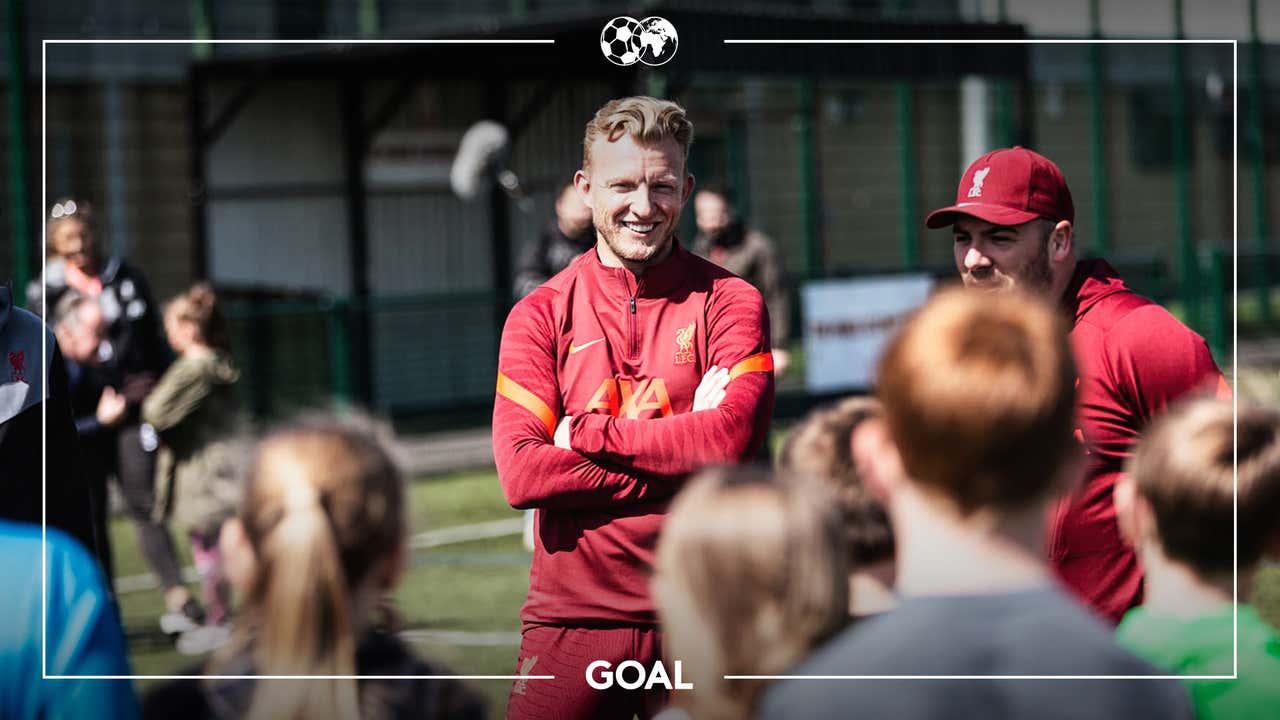 Rainwater, allowances and recycling: how Liverpool aim to become the greenest club in the Premier League

The weather could hardly be better, barely a cloud in the sky as the sun beats down.

“Are you sure it’s Liverpool?!” smiled Dirk Kuyt, wearing a red club tracksuit and holding a red LFC bottle.

We are at Anfield Sports and Community Centre, less than a mile from the stadium that Kuyt graced for six years between 2006 and 2012.

“Lots of memories,” he said, briefly reflecting on his 286 appearances and 71 goals for Liverpool. “Most of them good!”

Kuyt is here as part of an awards ceremony, where children from 19 local schools, along with LFC Foundation Easter Sports Camps, took part in the #IWill Challenge, an initiative designed to educate students about the theme of recycling and reducing plastic waste.

Sustainability is an increasingly important topic at Liverpool, which last year launched its own internal initiative, The Red Way, and topped the Sports Positive Environmental Sustainability League 2021 in February with Tottenham.

Now in its third year, the Sport Positive EPL Environmental Matrix measures each Premier League club’s environmental policy and commitment to areas such as clean energy, energy efficiency, sustainable transport, reduction or elimination single-use plastic, waste management, water efficiency, low-carbon food and biodiversity, as well as their education, communication and engagement on the theme of sustainability.

In 2021, Liverpool scored 23 points from a maximum of 24, earning praise for ‘overhauling’ their sustainability plan and creating an ‘overarching strategy’ that ‘infuses all facets of the organization”.

The work undertaken was extensive, if not obvious at first glance.

Electricity and gas for all club-operated venues in the UK, for example, come from renewable sources, while all food used for the club’s catering comes from local sources in the North West, which reduces “food miles” and supports the local economy.

The club has a global partnership with Quorn, the sustainable meatless meal provider, while it also has its own 1,200 square meter housing estate in the city’s Tuebrook area, where fruit and vegetables are grown for use by the heads of Anfield and the Kirkby Training Complex.

Meanwhile, the “Reds Going Green” initiative has seen the installation of organic machinery to break down food waste into water. All cardboard catering packaging is 100% biodegradable, while the club even collects rainwater, which is used to treat the pitches at Anfield and Kirkby.

The LFC Foundation works closely with local schools to educate on the topic of climate change and sustainability, while at the AXA training center over 650 new trees have been planted, along with 6,000 plants and more than 1 .5 kilometers of hurdles.

There is also a state-of-the-art “biological vehicle wash system”, which treats and filters grease, grime, oil and grass clippings that can build up on vehicles and equipment, and recycles dirty water for reuse.

In the long term, the club is striving to achieve absolute zero carbon emissions, in accordance with UK government legislation. In the short term, Liverpool claim to have become carbon neutral for all direct business.

Through newly introduced carbon offset schemes, they claim to have offset 435 tonnes of CO2 emissions through the Verified Carbon Standard (VCS) reduction project and tree planting in the North West.

Last September they announced a multi-year ‘Goals for Change’ campaign with US firm SC Johnson, pictured alongside Kuyt at the awards ceremony at Anfield.

Goals for Change aims to recycle more than 500,000 plastic bottles used at Anfield each year, using specially designed containers that are scattered around the stadium. The deposited bottles are then ‘recycled’ to create packaging for SC Johnson’s famous ‘Mr Muscle’ cleaning product (‘Scrubbing Bubbles’ in the US).

SC Johnson already has similar partnerships in America, where it works with both the Milwaukee Bucks basketball franchise and the Milwaukee Brewers baseball team. According to communications director Alan VanderMolen, the progress made so far is encouraging.

“I think your average consumer knows sustainability is important, but maybe doesn’t understand why, or what it really means,” he said. GOAL. “So by partnering with sports teams, and especially a team like LFC, it helps make sustainability relevant and relevant.

“Our partnership with the Brewers is in its second year. Last week was opening weekend, and I went to the stadium.

“Now the first year you didn’t see any difference in behavior from the fans. Maybe they started to see the signage, but generally they did what they always did.

“But this year, on opening day, I saw a mother with her two children in front of the recycling bin, putting their bottles in it. Behaviors change.

“Obviously it will take some time for the messages to sink in, but that’s okay. It’s one habit at a time.

He adds: “The Liverpool badge is huge. I’m flying to Rio today, and if I get off the plane with this badge, people will recognize it right away, right?

“That’s the power of LFC. It gives us a platform to talk to people around the world about reuse and recycling, and to shine a light on the plastics crisis in the oceans.

The key, says VanderMolen, is to build on the work that has already taken place. Small step by small step, to create bigger ones all along the line.

“We met Liverpool recently,” he said. “We spent half a day reviewing what we have done and what we can do in the future.

“The key is consistency and making sure the message is as simplified as possible. Our learning is that we don’t want to say too much about consumers at once, and we don’t want to impact too much on the experience of fans on the pitch. We want it to be very simple and to repeat it as often as possible.

“These issues are not going away. It’s about educating fans, young and old, about their importance.

“And what better way to do that than through sport and through a global institution like LFC?”