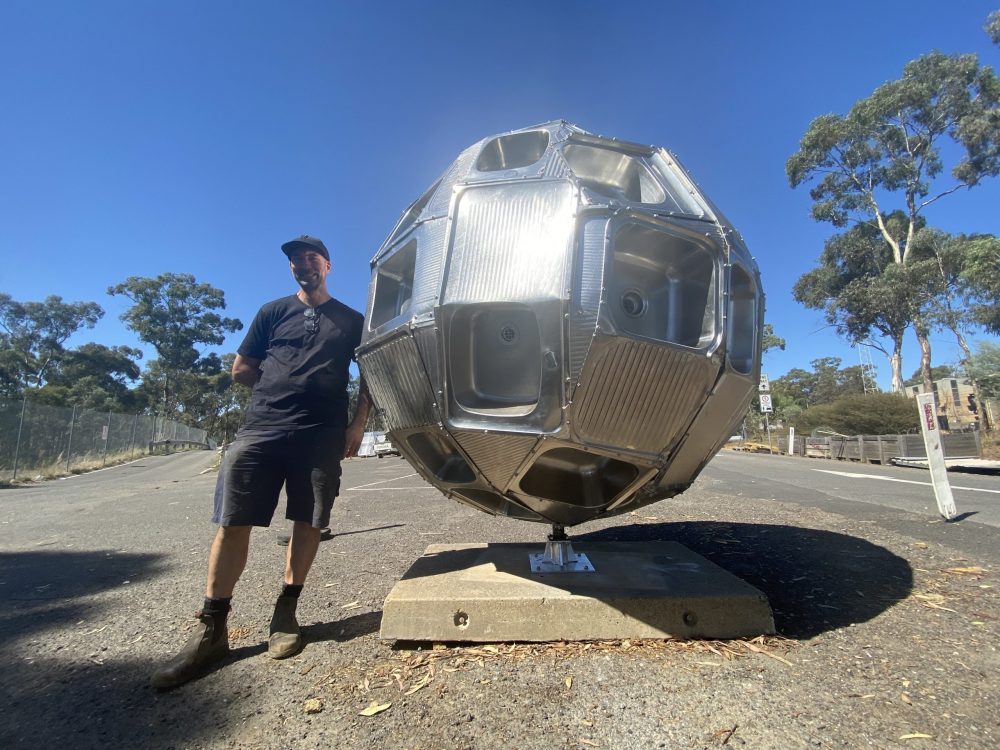 Transfer station to the works of art

Do you think you could create works of art from used sinks, dryer drums, mattress springs or roofing?

Marking the entrance to the site is the giant Sinkospherea two-meter installation made entirely of sinks, while inside visitors will find the Mechanical Magpie born from old bicycle parts, two Glittering walls pieces featuring cascading reflective circles hand-carved into dryer drums and a giant recycling symbol made using roofing sheets and downspouts.

Sardone said the transfer station was a regular place to find materials for his sculptures and he hoped the installations would spark more discussion about how to breathe new life into old possessions.

“The Eaglehawk landfill is nearing capacity and that’s a real problem for us in Bendigo and around the world,” he said.

“We need to get creative with how to better manage our waste and reuse and recycle as much as possible to protect the planet.

“I think it’s really cool to make sculptures out of what people would normally throw away, keep them out of landfills and create something interesting.”

the Sinkosphere alone took 10 days of work, with a grant from the City of Greater Bendigo given for Sardone’s time on the five sculptures. He said the most “unusual” play in the series had already gained a lot of traction.

“A lot of my works are rounded and I thought Sinkosphere would be a good challenge for me. I had never seen anything like it before so I thought I would give it a try,” he said.

“It was harder than I thought, but it got a bigger response than almost anything I’ve ever done. It’s very unusual to see something made out of kitchen sinks.

The sculptures will live permanently at the transfer station, and Sardone said plans are already in place to make more original pieces from recycled materials.