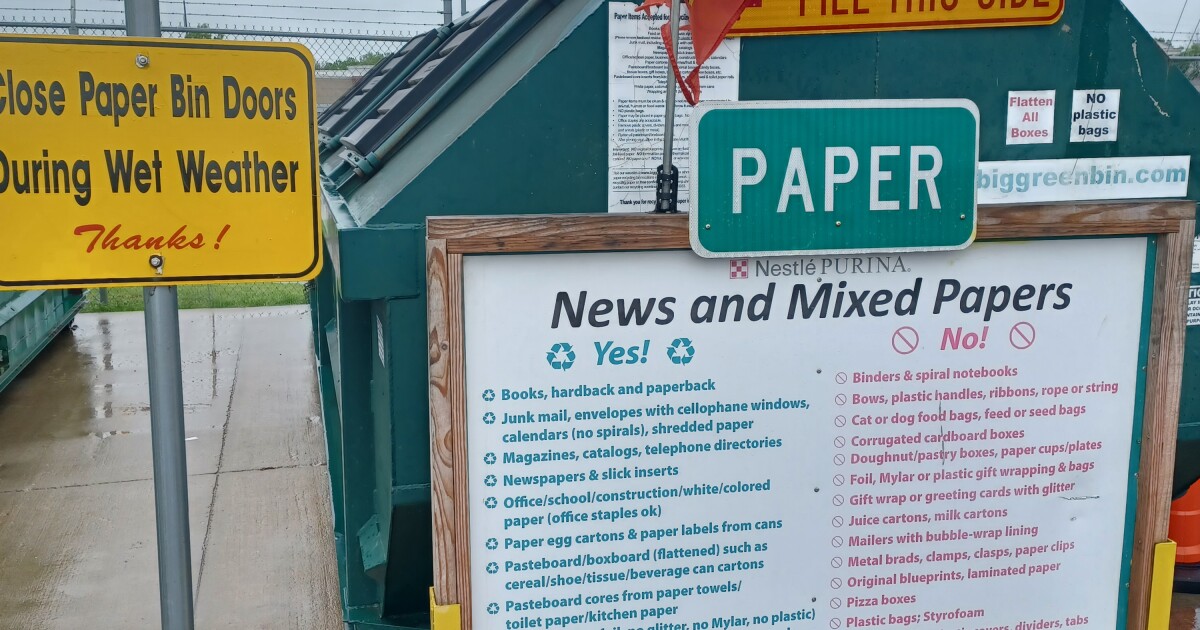 A cat litter factory located in the Partnership Industrial Center in Springfield has ceased operations. Forty people are affected by the closure of the Nestlé Purina PetCare factory, although the company said it would offer affected employees the opportunity to work at other Purina factories.

The closure also means the City of Springfield had to change where it sends the paper that residents drop off at Springfield’s recycling facilities.

“Much of the recycled paper from southwest Missouri has come through this facility over the past two decades,” Roberts said.

Nestlé Purina has used the city’s recycled paper to make two brands of cat litter, “Yesterday’s News” and “SecondNature.” These brands are discontinued.

“Demand for these alternative brands of paper litter has declined over the past few years,” the company said in a press release. “At the same time, the supply of paper used to make these products has diminished as the world has become more digital.”

The city already has a contract with Greenway Recycling to collect various products, he said. And city leaders have been talking to the company about collecting paper, a product that was already in the contract.

“That may not happen here, you know, in the community like it happened in our partnership with Nestlé,” Roberts said. “But we are doing everything we can to make sure that this paper will continue to be recycled.”

He said the city will continue to collect mixed paper for the time being. Audiences might see some minor changes down the road, according to Roberts.